Tomorrow we celebrate Veteran’s Day and all of those who have served this nation honorably during times of conflict or in peacetime.

Veteran’s Day originated as “Armistice Day” on Nov. 11, 1919– the very first anniversary of the end of World War I.  It falls on the 11th day of the 11th month to signal the end of the “Great War,” which occurred on the 11th hour.  In 1954, President Dwight D. Eisenhower, himself a veteran and supreme commander of the Allied Expeditionary Forces in World War II, changed the name to the more inclusive Veteran’s Day as we now know it.

Many American leaders have made important remarks upon this day.  John F. Kennedy reminded us in 1961 that “November 11, 1918, signified a beginning as well as an end.  The First World War produced man’s first great effort in recent times to solve by international cooperation the problems of war.  That experiment continues in our present day– still imperfect, still short of its responsibilities, but it does offer a hope that someday nations can live in harmony.”

More recently, General Colin Powell, speaking as the Chairman of the Joint Chiefs of Staff, noted in 1989 : ‘Our sons and daughters must understand that the veterans we remember and honor today are the embodiment of the spirit which has guided our nation for over two hundred years.  This spirit has and will continue to keep America free.”

On behalf of the entire UMPI community, our gratitude to all who serve and have served, and to those who have given, as President Abraham Lincoln stated, “the last full measure of devotion in service of their country.”  Your service has kept and inspires our freedom. 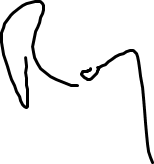