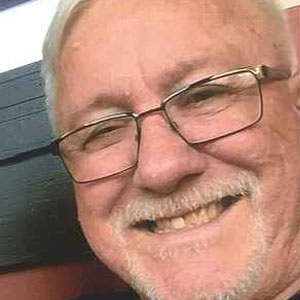 BREWER ME. AND SPRINGDALE AR. – Bruce W Johnson, 68, passed away on May 10, 2019 at a Broken Arrow, OK hospital due to complications from a kidney transplant. He was born on November 11, 1950 to Leslie and Corinne (Angotti) Johnson in Millinocket, Maine.
Bruce graduated from Stearns High School in 1969. He went on to study at the University of Maine at Presque Isle where he received his BS in Elementary Education, graduating in 1973. He taught grades 4 and 5 at Gouldville School In Presque Isle and coached the JVII team at PI High School before he went into the sales field. Starting with Autowize, he was employed by Maremont, Parts Wholesalers and Unicel. He opened his own business, Today’s Technology, in Bangor and Brewer from which he retired in 2010.
He married his wife, Colleen, on August 26, 1972, while they were students at UMPI. Over the years, they made their home in Presque Isle, Westbrook, Brewer, Ladera Ranch, CA and most recently, Springdale, AR. While living in Brewer, he was a member of All Souls Congregational Church for over 30 years where he served on many committees, taught Sunday School, was a Deacon and held the position of Moderator. He enjoyed cooking for the Tuesday Nights Together gatherings at the church. While living in California, he was a member of Saddleback Church. He joined Cross Church in Springdale, AR in December, 2016. He was proud to serve on the Brewer City Council for two terms. He coached PAL basketball as well as youth soccer in Brewer. He was a loving and much loved man who made friends and touched hearts wherever he went. His loyal devotion to his family and friends will be forever cherished. His life was a testimony of his unwavering faith in his Lord and Savior.
He was predeceased by his parents and his sister, Lori Cates.
He is survived by his cherished wife, Colleen; his sons, who were his pride and joy, Scott and wife, Sarah; David and wife Meaghan; grandchildren, Lia, Vincent, Amelia, Jack and Lillian; a brother, Frank and wife, Linda; brothers and sisters-in-law, Pat and Bob Williams, Bob Hamm, Eddie and Gail Hamm, Jeff Hamm, Scott and Nyoka Hamm, and many nieces, nephews, aunts, uncles and cousins. He was a devoted foster father to Kristine, Christina and Aarinlynn and AFS dad to Tobias. A service to celebrate Bruce’s life will be held at the Chapel at Cross Church in Springdale, AR on Wednesday, May 15. At 2:00 PM. A service will also be held at All Souls Congregational Church in Bangor, Maine on July 13.
Friends and family may send memories and condolences to the family online at
schaudtfuneralservice.com.