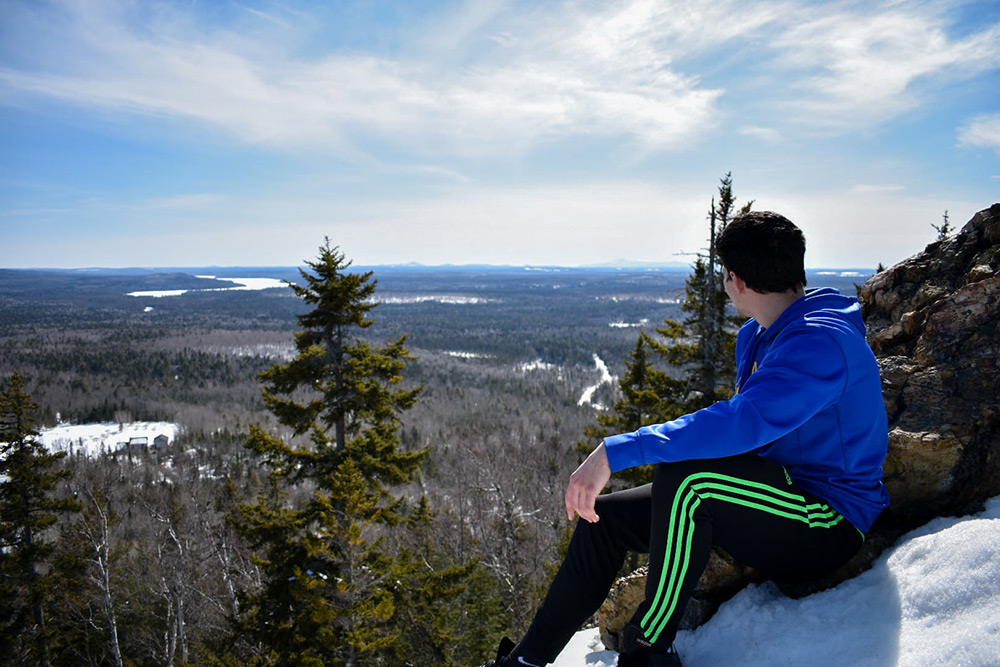 While much has changed for University of Maine at Presque Isle students because of the COVID-19 health emergency, one thing that hasn’t changed is Paul Kaplan’s willingness to help. When students received notification on March 11 of the move to online learning and needed to move out of the dorms, Paul volunteered to stay behind. Because of the abrupt movement off campus, the Residence Life Office needed to take care of items left in the rooms and move students who had to remain on campus into Emerson Hall, and Paul was right there to help make it happen.

Paul is a junior from Embden, Maine, a Physical Education major, and a member of the men’s soccer and track and field teams. As a Resident Assistant, Paul has been responsible for many students in the residence halls.

When students in the dorms were told to go home, they frantically packed up their rooms and made plans to leave. Paul guided students through any questions or struggles they were having. He helped them figure out how they were going to package and store their items.

“The atmosphere in the dorms was solemn,” Paul said. “Students felt like they were cut short of any or all of the goodbyes they had.”

Paul stayed in the dorms until April, so that he could help move students’ belongings, which were left behind for storage because students didn’t have room to take those items with them. Along with other members of the Residence Life team, Paul helped move all the storage in the dorms to areas for safekeeping.

Since heading home in early April, Paul is adjusting to his new post-COVID-19 lifestyle as a college student. He plans to be a physical education teacher and has found that his academics are going to be a challenge during this epidemic. Like many other students, Paul struggles with online classes and he will now have to balance them all at once.

“I am quite dissatisfied with having the rest of my classes online. I personally don’t like online classes because I enjoy learning from talking to and listening to my teachers and classmates. Teachers are doing their best and everyone is going through it, though,” Paul said.

As a member of the track and field team, Paul is another student athlete on campus who will not be able to compete this season: “I was super excited for track and field season,” he said. “The team and I have been practicing very hard and tirelessly as we were getting ready for the meets. I was personally very excited.”

Paul’s social life has changed a lot since going home, as he isn’t able to socialize with his residents, friends, and classmates. He is continuing to stay busy at home, though, while balancing his school work with his job.

“My social life kind of ends when I get back home, usually. I just go and work for the summer, so, socially, I am a hermit back home,” Paul said. “I am staying positive by keeping busy, though. There are always things you can do other than just sitting and watching a show. Keep that mind going!”

With the major world events going on involving COVID-19, Paul is hoping to gain something important from all of this.