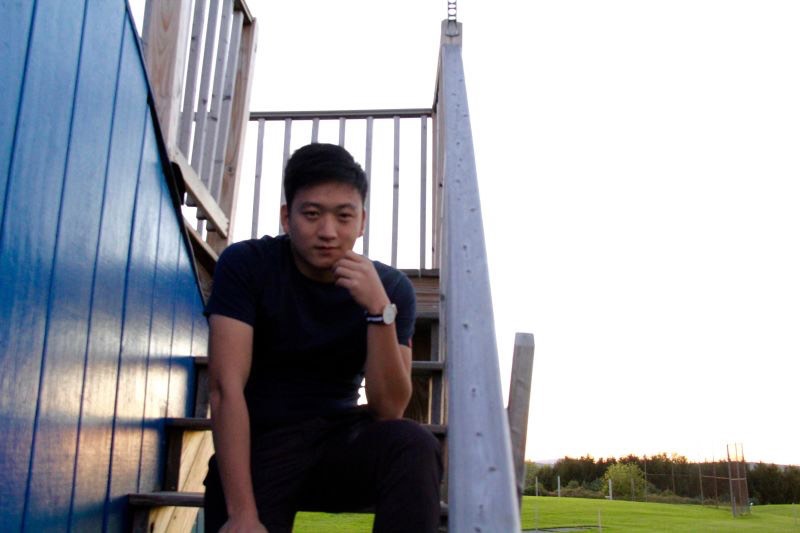 While many students at the University of Maine at Presque Isle travelled home in March because of the coronavirus pandemic, Yang Liu, a senior Business major and international student, could not. Yang was not able to travel home to China in March for safety reasons. His home country was hit hard by the virus and he has been forced to sit back and watch from far away. As one the few students left in the dorms, Yang is also processing the fact that he will no longer have the traditional graduation ceremony he was expecting in May. Yang never imagined that his last weeks in Maine would end like this.

“My initial reaction was that the situation was going to be worse than I thought. I think the campus made a good decision for the virus. They wanted everyone to be safe,” Yang said.

Before the United States was hit by the virus, China was the first to experience it. Yang and other international students on campus were not able to be with their families during the worst of the pandemic in their country. Once UMPI moved to online learning, a few international students were able to travel back to China, though they were forced to quarantine themselves from their families. Many Chinese students are still in the dorms, however, waiting for their time to travel home.

“My family back home is doing well. China has passed its most difficult moment. Many people are basically ready to return to work. My friends are also going back to school and starting their  normal classes,” Yang said.

While there are only a few students left in the dorms, Yang is trying to stay busy during his last weeks on campus. There are limited things to do and fewer places to go, so he has to improvise and be creative with what he has around him, such as using items in his room to get in his daily workout.

“I spend most of my time in the dormitory, I go to the supermarket for food and necessities, and I exercise and watch movies. I think the atmosphere of the dormitory is still positive, although it is quiet.” Yang said. “Everyone is adapting to this kind of life. I also cook and chat with friends around Emerson Hall.”

Yang has also faced difficulties with his academics because of the switch to online learning. He is no longer able to speak face to face with his professors and advisors. The language barrier with his professors has become even more difficult through Zoom. Regardless of having these struggles, Yang is grateful for the people who continue to help him at the university.

“Yes, I miss home sometimes, but there have been many people who have helped here. Even though it is from a distance, they make me feel welcome and supported,” Yang said.

Yang has made plans to fly home in June, depending on the status of the virus. During his final weeks in Presque Isle, Yang is preparing to receive his degree in Business Accounting and Mathematics. He looks forward to celebrating his degree and success with his family in the coming months.

“I see a lot of news about this global pandemic. Some are not practicing good social distancing or taking actions that endanger the safety of others. I really hope that everyone can treat this major event rationally,” Yang said. “I also hope that this incident will end soon and bring everyone back to normal life.”